ETHIOPIA – Food & Drug Administration Authority of Ethiopia has banned the import of one-litre Rani Mango juice after it had earlier removed the product from all food shelves in the market.

Addis Fortune has reported that the newly structured authority took the action following a public alarm that the colour of the juice packaged in plastic bottles changed before the expiry date.

According to Abinet Wondimu, inspection head for the Food, Health and Healthcare Institutes at the Authority, the import ban followed the company’s failure to bring documents and an explanation regarding the issues, after the authority’s repeated requests.

They directive did not however affect importation of the juice products bottled in 0.25lt and 1.5lt canned and plastic containers.

Rani is a brand of fruit-based beverages manufactured by the Saudi Arabia based Aujan Coca-Cola Beverages Company (ACCBC) but is primarily sold in the Middle East.

The Food & Drug Administration Authority, previously referred to as Food, Medicine & Health Care Administration & Control Authority was recently restructured by transferring some of its responsibilities to the federal and regional health bureaus.

With the restructuring effective beginning this fiscal year, the new authority’s main mandate will be controlling food and medicine.

Tasks which the former authority has been dealing with, including quality and standard control of healthcare institutes, issues related with health care professionals and control and follow up of hygiene and sanitation have been allocated to the Ministry of Health and regional health bureaus.

This site uses Akismet to reduce spam. Learn how your comment data is processed. 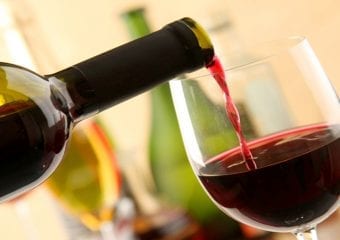 ETHIOPIA – Awash Wine SC, an Ethiopian winery and pioneer in the industry, has invested US$2 million in expansion of its plant as it seeks to boost production capacity to 8,000